DAILY POST: From the Top – If you had the chance to be reborn, would you choose to return as your present self, or would you opt for a fresh start? Tell us about what motivates your choice.  Thanks for the interesting prompt suggestion, Subhash Chatterji!——————————————–

No thanks. I don’t want to come back, despite the many moments of joy and happiness this life has given me. Life is basically a stepping stone, a place of learning and Pain is the Master Teacher. 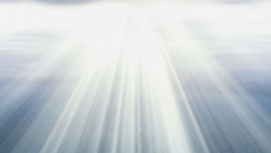 When my life is finally finished here, I would prefer to meld into that light that everyone talks about during near death experiences. Yes, be a part of that welcoming, loving light forevermore.

Daily Post: Time to confess: tell us about a time when you used a word whose meaning you didn’t actually know (or were very wrong about, in retrospect).

This is more about dialect rather than wrong usage, which can be just as embarrassing.

Having been born in Chicago, I acquired the local dialect naturally. Our family was somewhat large as I was one of six children and money was tight so we never traveled, except for the annual summer vacation to Knowlton, Wisconsin, to my paternal grandparents’ farm. Exposure to differing dialects or languages was limited, if not for my Polish grandparents. 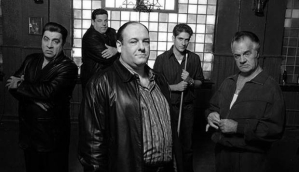 It was difficult to understand my grandparents as they were immigrants from Poland and maintained extremely heavy accents and very little usage of the English language. But, with such infrequent exposure to them, my own language and dialect were typical for a south Chicagoan. I never realized how “mafia-guy” my dialect was until I moved to Canada.

Canadians speak the proper, Queen’s English, without the British “accent” which was replaced with what my ears interpreted as a type of ‘lilt.’

Having lived in Canada for sixteen years, I never acquired their dialect, but my children did. Of course they did, they were raised there, “Canadian English” would be their native tongue and I can identify a Canadian in a crowd of voices 100% of the time.

When we first moved to Canada, I was not aware of how difficult it was for people to understand my speech, (imagine Joe Pesci in the movie “My Uncle Vinnie” explaining to the Judge what a “yut” is) until one day, while at a local grocery store, I asked the store manager if they had any boxes (we were preparing to move to a newer home.)

He looked at me as if I had antennae growing from my skull, “What?” His attitude was quite unfriendly.

He stared at me, thinking for a moment, “You mean böxes?” 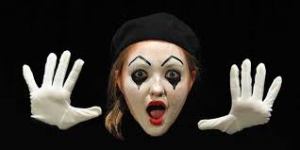 The manager’s patience with me was clearly waning. I looked around to see if I could find any boxes. I did not want to grab a cereal box fearing that might confuse him even more. I decided to try my skills at pantomime.

With full hand gestures drawing a box in the air, I felt that my pantomime skills might break through our language barrier.

The manager looked at me blankly.

“Yew know,” I tried to explain without using the word “box,” “thah containers to put things in when a person moves from one place to another. Thaaht’s whaat I need.”

The manager walked from behind the counter, held his index finger up to indicate that I need to stay where I was and not follow him. I waited.

A few seconds later, he returned with an empty box. “Is this what you want?”

“Well, up here, we call them böxes, and I don’t have any right now.” 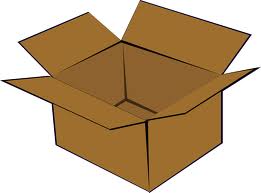 I left his little store wondering if he was lying to me. It was evident that he did not like people whom he could not understand. But, to this day, I never say “bahx-es” anymore, I speak the Canadian version, böxes, which I learned since moving to Oklahoma, the locals do not understand the Canadian pronunciation either!