Back in the old days, early 1970’s, I gave birth to two of my four sons. I enjoyed my pregnancies — impatiently waiting for my belly to expand, which took six months with my first child. I loved the first time I felt movement from my developing baby and cherished every movement from that time forward.

Of course, things have changed dramatically since my first pregnancy, 43 years ago. At that time, women hid their “baby bumps” under loose-fitting clothes. I suppose the reasoning was to maintain some form of modesty as if being pregnant was something of which to be ashamed. I remember conversations between my aunts who would whisper, referring to a pregnant woman as being “PG,” as if it were sinful to be pregnant.

Breastfeeding was also frowned upon during the time of my first two pregnancies, so, when the time came, I followed the crowd and bottle-fed my first two sons. By the time my third and fourth sons came along, breastfeeding was all the rage, and the fight was on for the rights of women to breastfeed in public. I was never confident enough to breastfeed in public, I’m a bit of a clumsy person and would surely have dropped the covering which shielded the act’s privacy, exposing breast, nipple, and dribbling milk. So, if we were going on an outing, I would pump, and bottle my breast milk.

Back to delivering the baby in the early 70’s… Men were not allowed in the delivery room, they were confined to the Maternity Ward’s waiting room, with other fathers-to-be while their wives were going through multiple procedures, the worst of which, in my opinion, was the mandatory enema. Ugh! There was enough pain and pressure from contractions, and more pressure was introduced to the bowels from an enema bag! A wild rush to the bathroom to expel bowel contents, timed between contractions, was fearful while hoping to make it to the toilet without a fecal explosion beforehand.

After the enema, the mother-to-be could settle back in her bed, waiting to dilate to 10 cm. This is where the “pride” part of pregnancy really kicks in, as though having a tube shoved up ones anus wasn’t enough, it seemed as though every hospital-garbed person was coming into your room, spreading your legs and shoving their fingers inside you, “No, not yet, only 5 centimeters.” It could be likened to stuffing a turkey with all those hands being shoved inside oneself!

Pride was long gone. Private parts were no longer private, and the closer it came to being wheeled to the delivery room, I wouldn’t have cared if I were naked as a Jay Bird or who was touching my private parts! 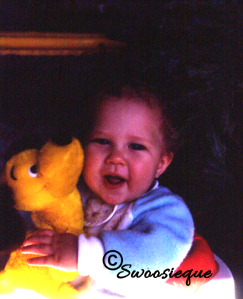 Yes. Pregnancy changes a woman’s attitude toward pride, but we continue to have children and learn to care about what is really important — the healthy delivery of our newborn. Pride is transferred to the product of our pregnancies — our children.

* * * UPDATE * * *
I am changing my review ranking regarding Dr. David B. Mallory. Since first publishing this original post and giving a bad review on Google+, Dr. Mallory has contacted me, assuring that his staff has been notified of their egregious behavior. The following (in red) is a copy of my updated review on Google+.

“There was a situation with Dr. David B. Mallory’s office staff which was handled poorly, resulting in my not being able to see him at my appointment.
Dr. Mallory phoned me personally to apologize for the debacle and assured me that he discussed with staff better ways to handle the situation which led to my not being able to see him.
For a surgeon of Dr. Mallory’s caliber to directly act upon a patient’s dissatisfaction restores my faith in his character. I never doubted his ability as a surgeon and I can now, highly recommend his character.”

[My appointment was Friday, November 7, 2014 for a cataract evaluation and to set up a surgery date and post-op visits. We arrived one-half hour early for my appointment. The rest is the debacle of Dr. David B. Mallory’s office staff…]

* * * MY ORIGINAL POST * * * In the past year, I was diagnosed and treated for breast cancer, had bilateral mastectomy surgery with immediate reconstruction, surgery for a macular hole and the cataract which followed as well as an epidural steroid injection for a severe lumbar problem. I have met a plethora of medical marvels as well as nightmare staff, none, however, were as incompetent, unfriendly and downright ignorant as the staff of Dr. David B. Mallory.

In fact, while waiting in the hallway outside the restrooms (thoughtful location by the way) his staff member (short stature, long black hair, slender) was approaching in my direction. I stood, approached her, spoke, “Excuse me Miss.”

She kept walking. “Excuse me Miss, ahem.” I raised my voice a little in case she had a hearing problem, her pace increased as though she were running from me.

Finally, I said, in my voice-volume right next to shouting, “Hello Ma’am!” She continued to ignore me and turned the corner into an adjoining hall.

I looked at my husband and said, “Let’s get out of here. If this doctor’s staff is so unprofessional and discourteous, he has to be just as bad! Staff are a reflection of the doctor! Besides, it’s been over an hour that we’ve been waiting here by the toilets. How many people have we watched get called into rooms ahead of me? No one stopped to ask if we were ok, or our name, wondering if maybe my file was lost.

“Hell no! This waiting time must be their norm. Heck, look at that crazy-voiced lady, that guy dressed in black showed her into that room and told her he’d be right back. That was forty-five minutes ago, so what the hell? We’ve already waited over an hour, tack another on to that for whatever the f**k testing they’re going to do and another hour onto that for sitting in a room waiting for the black-dressed guy to do whatever he does and I still won’t have seen the doctor after THREE DAMN HOURS! You are losing time off from your work! Fu** no, we’re leaving!”

We started toward the hall where the black-haired girl had turned. Lo and behold, there she was, chatting with two other staff girls. This time, I said, “Excuse me,” and they un-huddled to let me pass through. The office manager asked something.

I blurted out, “It is going to be TWO hours before I get to see the doctor!”

The office manager, who is so on the ball, the clock on her office desk is still one hour ahead of daylight savings time asked, “Would you like to re-schedule?”

“No!” I proclaimed as I was reaching the front door.

Office Manager’s interest was peaked by this point, “Where will you go?”

I looked back at her in disbelief, “Somewhere else!”

The doctor may be talented, but, again, no matter how magical his brain or hands, if his staff are losers, it is a reflection upon how he values his patients. For this guy to have a staff member outright IGNORE a patient, it is unforgivable!