Shoestrings and Gristle, Come and Get It

Daily Post: Mouths Wide Shut
Are you a picky eater? Share some of your favorite food quirks with us (the more exotic, the better!). Omnivores: what’s the one thing you won’t eat? 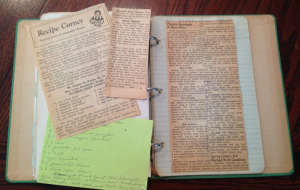 I grew up in a carnivorous home. We ate meat everyday – for lunch and dinner. Dinners were mostly some kind of casserole recipe which Mom snipped from the Chicago Tribune, she had an entire scrapbook – pages filled with pasted hamburger recipes. Hamburger was cheap back then. It also had little to no preservatives, hormones or antibiotics like today. Back then, little girls were not upon the threshold of puberty at the tender age of eight or nine years old.

Chicken must have been more expensive because we rarely had any meals containing chicken. Occasionally Mom would fry fish, which I hated and went to bed starving rather than eat it. It was not that I disliked the taste of fish, I disliked the tremendous fear I had of choking on a fish bone after hearing a gruesome story of my Aunt Helen who did just that. To this day, Aunt Helen will not eat fish, even canned tuna fish, which I will eat and actually love, but that is not to say that I loved the tuna fish casserole that Mom cooked on many Fridays – I also went to bed hungry on those days. 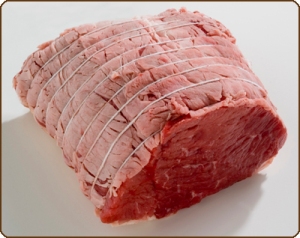 Mom served special dinners on Sunday, roast beef. Roast beef was special because it was more costly than hamburger meat, therefore, it was special and one five pound roast could feed her family of eight. I hated roast beef. The taste was alright, best I can remember, but, I hated trying to chew the meat. It was always like chewing shoe strings! And then, there were those chunks of gristle that I would spit out and put on the side of my plate. Most of my plate became filled with chewed, stringy bits of muscle or globs of gristle. 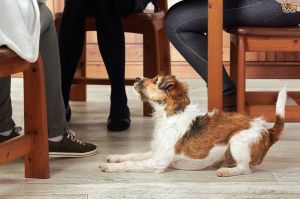 When I was disciplined for not eating my food, I learned a better way of disposing the inedible meat – our dog! She was a mean one, a mutt, a mean mutt, but she was not overly large and could fit underneath the kitchen table quite nicely and she was most pleasant during those times. I wondered who else might be slipping their inedibles to her besides me.

To this day, if I am invited anywhere that roast beef is the main entrée, I hope there is a dog around who is allowed in the dining area. If there is no dog, I have been known to secretly “cough” into my table napkin throughout the meal, and later empty the contents of the napkin in the garbage receptacle. There have been, however, occasions where I was unable to discretely empty my napkin in the garbage and had to slip it into a pocket and dispose of it at home. Dogs are much easier garbage disposals than table napkins.