Although I am a little behind times with posting, in regard to Robin Williams’ suicide, I found this very much worth re-blogging:

DAILY POST: New Dawn – How often do you get to (or have to) be awake for sunrise? Tell us about what happened the last time you were up so early (or late…). 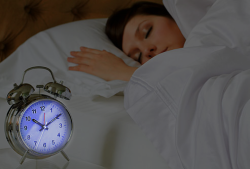 I love to sleep. If life would have allowed, I could have slept in until at least 10:00 o’clock every morning, maybe even later. Alas, leisurely mornings were never in store for me.

From early childhood, my Kindergarten days to be exact, mornings began before sunrise, first with a nudging from my mother, then verbal prompting and finally yanking my little body from slumber. Of course my school day did not require that I awaken so early, being part of a six-sibling family did.

The older children had first dibs on using the bathroom and by the time it was my turn, my brothers had left puddles of water everywhere – beneath the sink, on the sink, on the mirror and there was not a dry towel to be found. Breakfast in the kitchen was just as unsettling as my brothers scarfed down their scrambled eggs and toast. A little kid had to be careful to not be trampled by them after they finished their breakfast and hurried back to the bathroom to brush their teeth and slather on more Brylcreem. It was a crude existence. A fight for survival!

The morning havoc continued in this manner throughout the school years, giving brief reprieve during summer months when daylight would greet waking eyes and bathroom congestion was non-existent. 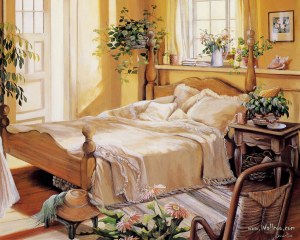 Those school years are long behind me now, lots of sunsets and sunrises have come and gone and I still enjoy any opportunity where I can sleep in until after the sun has risen. Maybe someday, sleeping in will become my norm.

ADDHTED New Dawn
Tnkrr New Dawn
From Balderdash To Epiphany. Rise And Whine
gut honest faith Make me beautiful
tuckedintoacorner Before Dawn
Vexing Point New Dawn
Rima Hassan It’s a Big World out there
Rubber Tyres –> Smooth Rides New Dawn: Unseen Sunrise
Rideo, Ergo Supero Breaking Dawn
lifelessons – a blog by Judy Dykstra-Brown On Skype (After Midnight and 3 Margaritas)
Geek Ergo Sum New Dawn
She’s Rambling Start the day with a sunrise kiss
Perspectives on life, universe and everything Sound of heaven
Perspectives on life, universe and everything Anthem of the oppressed
Epenthesis Last New Dawn
The Undaunted Blue Madness Of My Life NEVER SEEN A SUN RISE!
sixty, single and surviving Prompt; Dawn; go away, I’m no good for you
debooWORKS The Sun is High
Diary of a God Girl Cotton Knees
Burgess Taylor New Dawn
oneseventwentyfourteen Nap-When-Suitable sleep pattern…
A Penny For Her Thoughts New Dawn
seikaiha’s blah-blah-blah
Avalon Reviews + Flash One Last Sunrise – A Flash Fiction
A Teacher’s Blog Turn the Light on
James Clegg Dawn 180
Haiku By Ku Before Dawn…
soul n spirit SUN RISE
Understanding and Embracing Diversity Benefits of being an Early Riser
Just Writing! Murder in the First Degree
A Little Fluff New Dawn
adjustingyourfocus Before The Break of Dawn
I’m a Writer, Yes I Am Too Good to Miss — Get Up!
Chronicles of an Anglo Swiss New Dawn – there are dawns?
Exposure New Dawn
bhalsop New Dawn/Today’s Prompt
Prairie Views Rise and Shine
My Simple Life Don’t want to get up!
risingrave28 Dear Sunrise
“Then Do Not Squander Time” S. Thomas Summers: Writing with Some Ink and a Hammer